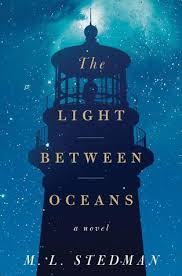 Tom Sherbourne and his wife Isabel live on Janus Rock, an island situated at the southwest corner of Australia. Tom keeps the lighthouse there protecting the sailors who navigate the treacherous waters between oceans—the warm, calm Indian Ocean and the cold, stormy Great Southern Ocean at the bottom of the world. Tom has survived childhood mistreatment and the horrors of World War I. The routine and solitude of lighthouse keeping suit him perfectly. When he is joined by his wife, the beautiful and effervescent Isabel, he is content. Isabel, however, longs for children. She suffers miscarriages and a stillbirth. When a dinghy washes up on the island carrying a dead man and a crying infant Isabel sees the baby as a gift from God. Against all his principles Tom agrees to leave the incident unreported and claim the baby as the couple’s own. Despite his deep love for both Isabel and the baby Tom is tortured by his decision as well as a growing certainty that another mother is grieving for her child.

The Light Between Oceans appears on many book club blogs for good reason. Readers will sympathize with all the characters making it difficult to say who has done  right and who has done wrong. With no easy answers there is plenty to discuss in this beautifully written debut novel.

The Light Between Oceans 343 pages