Photo by Mudassir Ali from Pexels

The 2019 Wimbledon Championships is scheduled to take place at the All England Lawn Tennis and Croquet Club in Wimbledon, London, United Kingdom from July 1-14, 2019. This tournament began in 1877 and is one of the “grand slam” tennis events of each year.  These biographies of great American tennis players who have won on the Wimbledon stage are available at JTCC Libraries.

Arthur Ashe, a native of Richmond, defeated Jimmy Connors for the 1975 Wimbledon championship.

Serena Williams has been a champion at Wimbledon 7 times and will compete again this year. 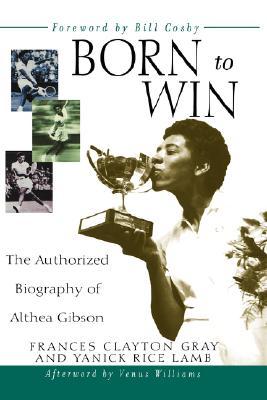 Born to Win: the Authorized Biography of Althea Gibson by Frances Clayton Gray and Yanick Rice Lamb
Available at Chester

The women’s champion in 1957 and 1958 was Althea Gibson.  According to the International Tennis Hall of Fame, “What Jackie Robinson did for baseball by being in the Brooklyn Dodgers’s starting lineup at first base on April 15, 1947, Althea Gibson did for tennis.”